Six months have passed since Egypt initiated its Comprehensive Operation – Sinai 2018, a large-scale campaign that was launched on Friday, 9 February 2018 against Islamist insurgents in the Central and North Sinai (along with other areas in the Egyptian Delta and western Nile Valley, according to official statements of the Egyptian Army). The Comprehensive Operation – Sinai 2018 is the largest military campaign that has been staged inside Sinai since the October War of 1973 with Israel which recently agreed to let the Egyptian Army move troops into the Sinai far exceeding in number what had been set down in the peace agreement between the two countries in 1979. Obviously, Tel Aviv considers elimination of threats on its borders with Egypt and ensuring the stability of the current Egyptian regime of paramount importance to its security. In July 2018, the Comprehensive Operation Sinai 2018 covered areas south of Sheikh Zuwaid, while the army forces attempted to isolate and besiege the area, amid increasing intensity of drone attacks compared to the past period, with a likelihood that those drones belonged to Israel.

Following is a graph that shows military losses in the ranks of both militants and the Army & Police within six months, according to sources from the two parties: 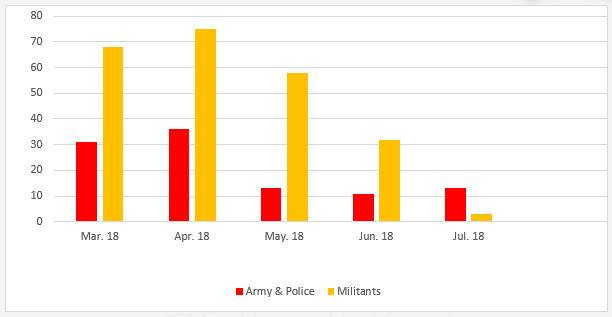 Here are the casualties and losses derived from the Egyptian Army communiques and the statements declared by militants as well as media reports:

1- Casualties and Losses as Declared by Egyptian Army

According to the 25th. Communique of the Egyptian Armed Forces that was issued on 3 July 2018 on the outcome of the Comprehensive Operation Sinai 2018:
– The Air Forces destroyed five vehicles and warehouses in North Sinai.
– Three militants were killed within the course of the ongoing operations in North and Central Sinai, and a number of machine guns and ammunition were found in their possession.
– Fifty-nine suspects were arrested during the operation in North and Central Sinai.
– Twelve vehicles used to attack security forces were destroyed.
– A fuel storage place, a warehouse and a workshop were destroyed.
– At least 285 hiding places and storehouses were destroyed and 200 kilograms of TNT were seized in North and Central Sinai.
– The Armed Forces detonated 10 explosive devices and destroyed a number of tunnels in Rafah.
– Borders guards seized 120 cartouche guns, three sniper guns, a machine gun, 7,340 bullets, 1,928 kilograms of hashish, three million narcotic pills and eight four-wheel drive vehicles.
– The troops also seized a smuggling truck carrying three persons who were hiding seven Thuraya satellite phones and 320 heroin packs weighing half a ton. Also, smuggled foreign currencies were found with them.
– Eleven vehicles and two motorbikes along with 279 kilograms of bango and 9,700 narcotic pills were seized.
– A soldier was injured and two civilians martyred during the operation.

2- Casualties and Losses as Declared by militants and media reports 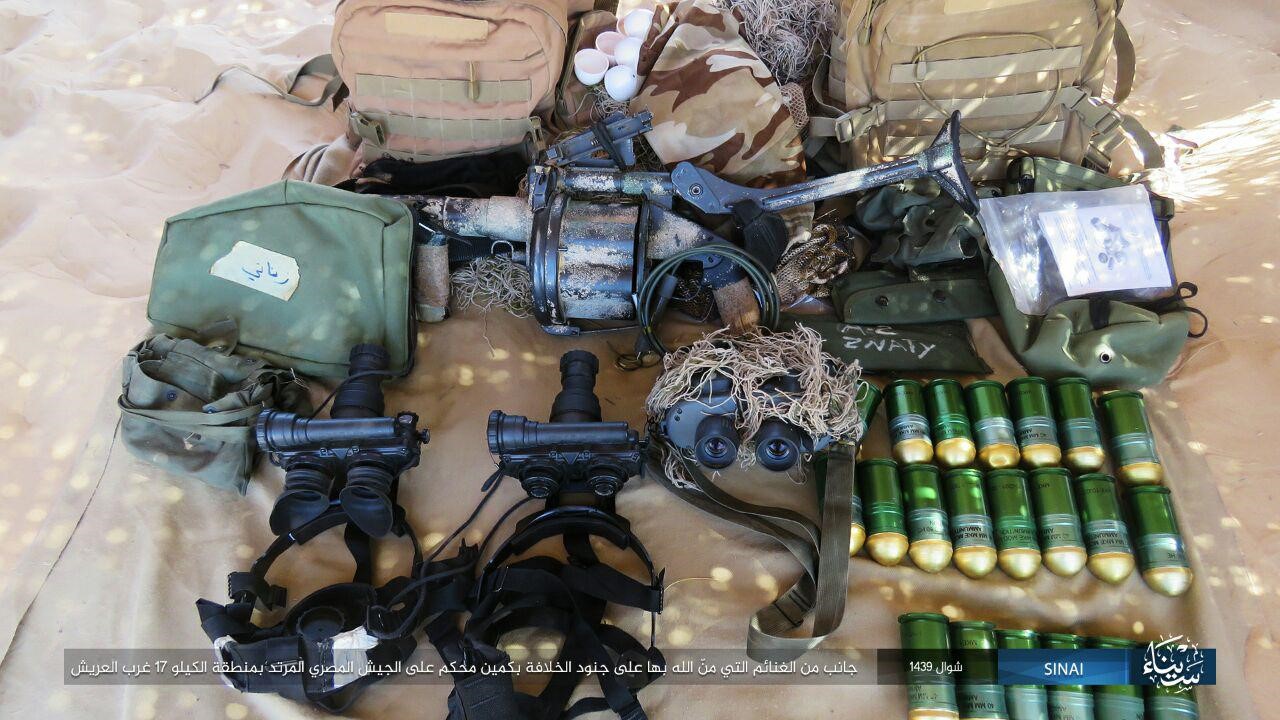 3- Overview of the military operation developments

Egypt’s Taming of Judiciary: The Case of the SCJB