At the early inception of the General Intelligence Service (GIS) after the July 1952 revolution, it was part of the military intelligence, where its headquarters (only two small apartments) was located in the Abbaseya area, Cairo.

But since the intelligence service became an independent entity in 1957 with the name of ‘General Intelligence Service’ (GIS) under the leadership of Salah Nasr, until today, the main headquarters of GIS is located in the Hadayek al-Qubba area, Cairo[1], a heavily-guarded fortified building, with cameras directed at the area surrounding it day and night, as well as a five-meter-high fence[2].

However, the GIS headquarters may move to the new administrative capital, like the rest of the state’s administrative and sovereign bodies, as often reiterated by Sisi in several comments and circulated by the state’s official media, quitting its historical location for the first time since its inception[3].

From 1954 until today, there have been 21 successive directors[4] of GIS, where appointment and dismissal of the director of the General Intelligence Service is upon a decree by the President of the Republic who also appoints the GIS vice-director, senior agents and agents, based on a proposal by the General Intelligence Service’s director that is treated as a minister, with respect to salary, representation allowance, and pension.

The military institution is the main tributary to the personnel of the General Intelligence Service, where approximately 70% of GIS agents are army officers, while approximately 30% of GIS personnel are civilians.

The General Intelligence Service consists of several units with different tasks, including the overt/covert information collection unit; the analysis and foresight unit; and the special operations unit, with multiple tasks, where the G.I.S force are entrusted with out carrying out, including securing arrival of official figures or persons wanted by the Egyptian security, both domestically and overseas, as well as other tasks. It is noteworthy that the G.I.S Force is part of the security elite, established after the 3 July coup (2013), according to insiders.

The current roles and tasks of the General Intelligence Service:

The General Intelligence Service currently plays a relatively influential role, both domestically and overseas, which has been evident in several files, including:

1- Management of the media file, where the GIS controls and directs the internal situation in coordination with the Military Intelligence.

2- Management of the political life, where the GIS controls and manages the electoral process (both presidential and parliamentary elections).

1- Management of the Palestinian file, being an important file that the Sisi regime is trying not to lose, to impose itself as influential regional player in this thorny issue. To have direct influence in this file, Sisi used two of the GIS old guard that used to manage this file under Major General Omar Suleiman (the GIS director during the Mubarak era), namely, Major General Ayman Badie and Major General Ahmed Abdel Khaleq.

2- Management of the Libyan file, through a committee within the intelligence service, currently headed by Major General Ayman Badie, under supervision of Major General Nasser Fahmy, the GIS vice-director.

3- Management of the Sudanese file.

4- Management of the Renaissance Dam file, in coordination with the Military Intelligence.

Between security of homeland and regime security

The General Intelligence Service has played positive roles since its inception, with respect to protection of Egypt’s national security in the correct sense of the phrase, specifically during the Egyptian-Zionist conflict.

However, in non-democratic countries, the national security of country (entity, institutions) and the security of regime (the head of state) are usually confused. Therefore, talking about the protection of national security in such countries may refer to the procedures that ensure protection of the ruler and his remaining in power, even if this leads to the collapse of the state or posing threats to its survival, as happened in many Arab countries.

From this standpoint, the authoritarian military regime that has ruled Egypt since 1954 until now has made the General Intelligence Service one of its arms to protect the regime during the various stages. This led to deviating the GIS from carrying its main task of preserving the country’s national security; instead, it has become a tool of the successive dictatorial regimes in Egypt aimed at preserving their Under the pretext of protecting the country’s national security, the Egyptian security and intelligence services have focused on the Egyptian interior, muzzling opponents and critics of the authoritarian military regime for seven decades, from 1954 until now.

This has proven beyond any doubt that corruption has struck the Egyptian General Intelligence Service as well as other security institutions in Egypt. In fact, Egypt has been subjected to successive calamities at the hands of those who assumed leadership of GIS since its inception, where all its potentials were harnessed to work for the benefit of the ruling regime, including dissemination of rumors, hostility and hatred among various sects of the Egyptian people, only to ensure survival and continuity of the military regime in Egypt. stability and survival in power.

In light of the current Egyptian situation, the Military Intelligence has the upper hand, at the expense of the General Intelligence Service, where Sisi has relied on the former in obtaining information, due to lack of confidence in many General Intelligence agents. Furthermore, Sisi dismantled and restructured the GIS with the aim of tightening control over it, where Major General Abbas Kamel, Sisi’s right arm, has been appointed as director of GIS for imposition of full control over the intelligence service.

Although Sisi’s plan to dismantle and restructure the GIS may have succeeded to a large extent, however it stirred a hidden conflict of interests between loyalists of Omar Suleiman, director of GIS during the Mubarak era, and loyalists of Sisi in the intelligence service, which may explain the multiple leaks that still access the media, with the aim of creating a state of popular boredom against the Sisi regime.

Certainly, Sisi’s dismantling of the GIS has relatively weakened its technical performance and reduced its powers, where it stumbled in management of some domestic files. Under these circumstances, the regime sought help from foreign intelligence services, which explains the revelations of the Sirli investigative report, and the role of French intelligence in helping Egypt seize control its border in the strategic western scope.

The Operation Sirli report revealed by the French investigative website ‘Disclose’ has revealed that the role of the Egyptian intelligence services have declined, due to their focus on domestic affairs to control Sisi’s political opponents. Sisi’s intelligence services have not yet been able to eliminate the militants in North Sinai in Egypt’s eastern strategic scope, despite launch of several military operations from time to time since 2013, not to mention scores of attaacks targeting the Egyptian army, which confirms that there is a major intelligence failure. This failure also led the Egyptian intelligence to resort to seeking intelligence assistance from the Zionist entity, particularly information about the militant activity in North Sinai Governorate.

The Egyptian army has become dependent on the Zionist entity with respect to information on the situation in North Sinai, while French intelligence remains active in Egypt’s western region, as revealed by documents related to Operation Sirli, in addition to the intelligence failure in the south with respect to the Egyptian-Sudanese border.

Thus, Sisi has not been satisfied with dismantling the General Intelligence Service, for suspicions of its affiliation to the Mubarak regime, yet he assigned the Military Intelligence to control the Egyptian interior, as its key task, including all political, media, economic files, and others, which kept it away from undertaking the tasks entrusted to it with regard to military action, where Egypt was prompted to resort to intelligence services of many countries to obtain information.

The decline in the role of the Egyptian intelligence is due to several reasons:

In addition to the Camp David Accords and neutralization of the role of the Egyptian army since 1979, the General Intelligence Service and the Military Intelligence have been extensively involved in political conflicts, with the aim of securing power for the military regime, especially since 2013.

This situation may remind us of the situation that pervaded during the era of former President Gamal Abdel Nasser, who focused all his attention on imposition of his control over the country, which led to his loss of all the wars that he fought, whether on Egyptian land or abroad.

Unfortunately, this is what is currently going on in Egypt. The Egyptian intelligence services, whether the GIS or the military intelligence, have become Sisi’s arms for imposition of control and neutralization of his opponents, and completely distracting them from fulfillment of their basic roles.

Just as Nasser used to focus on imposition of his hegemony at home and getting rid of his opponents, overlooking the threats posed to Egypt’s national security, which led to the defeat of 1967 and the occupation of Egyptian lands – Sisi’s policy is not much different from that of Nasser, as imposition of Sisi’s control domestically comes prior to interest in significant files, such as the Renaissance Dam file that threatens the existence of Egypt and the Egyptians, as well as many other files that pose threats to the Egyptian national security.

In addition, the state of weakness and imbalance that has afflicted the General Intelligence Service is  in the interest of Egypt’s enemies, which actually threatens the Egyptian national security.

In the end, the political leaderships that usurp power in dictatorial regimes tend to tighten their grip on the homeland and people to preserve their power and ensure its survival. To achieve this the usually seek controlling the armed forces as well as the security and information services, with the aim of suppression of any popular uprising against the regime or any attempt to overthrow it, given that the military and information powers are the most effective tools that can be used to achieve this end.

[5] Masr Al Arabia, The Deep Republic of Egypt (7), Why Sisi Is Worried of the General Intelligence Service, link 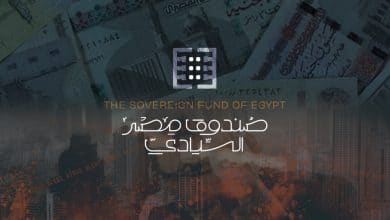 The Ten Problematics of the Egyptian Sovereign Fund