Issue No.8 of the Egypt Institute Journal, published in July 2016, included a number of political, strategic, economic, intellectual and legal articles, as follows:

This study addresses the roots of the “Ansar Bayt Al-Maqdis” group which traces back to the “Tawhid and Jihad” group that had carried out several attacks against tourists in the Sinai Peninsula in 2004 and 2005.

The study also addresses the Sharia approach, the intellectual framework, and the political vision of the Salafi Jihadist group. The study then discusses the general strategy of the Ansar Bayt al-Maqdis. In the aftermath of the military coup in 2013, the group engaged in direct confrontation with the police and army forces inside and outside Sinai. However, the group claimed, according to a statement it issued, that its move against regime was only “in defense of the Muslims that were killed by the tyrant and his soldiers in the Republican Guard club, Rabaa, and Nahda; the massacres committed in silence against the Sinai people; and in defense of the besieged people of Gaza”.

However, the group’s allegiance to the Islamic State led to internal splits, isolated the group within the limits of Daesh, and linked it to the fate of the parent organization. Also, pledging allegiance to the IS led to changing the group’s military approach from staging guerrilla warfare to seeking to control lands, pushing itself into disputes with tribes.

2- ‘The Egyptian Army and Israel: Transformations of the Doctrine’, by Mahmoud Gamal:

Egypt has engaged in four wars against Israel; but it finally signed a US-sponsored peace treaty with Tel Aviv. According to this study, this was the first step that paved the way for transforming the doctrine of the Egyptian army.

Former President Anwar Sadat (from October 1970 to October 1981) had declared that the October War (1973) was the last war with Israel, and that peace is Egypt’s “strategic choice”. However, this has remained the “official” discourse up to now. Some observers believe that Sadat’s statement was a kind of a “strategic deception” plan, and that the army leadership was convinced that Egypt’s enemy has been “Israel”.

Since July 2013, Al-Sisi has presented himself to the international community as the only one that can make major shifts in the military and political relations with Israel in return for remaining in office. The word “enemy” – in reference to Israel – has never been mentioned by al-Sisi in any of his speeches since he was ministry of defense until now. Even the military statements from July 3, 2013, up to now have never described Israel as “enemy”.

In this context, this study attempts to answer the following question: How does the Egyptian army view Israel?

3- ‘The Political Thought of Abu Mohamed al-Maqdisi’, by Karam al-Hafyan:

In the past two decades, an armed intellectual stream has emerged within the Islamic space, known in the media as “al-Salafiyyah al-Jihadiyya” (Jihadi Salafism), and has had a significant impact, especially in the geographical spots that had witnessed external occupation or internal popular revolts . Among the most prominent guides and influencers in the youth regarding this trend, is Sheikh Abu Mohamed al-Maqdisi. This study provides a biography of Abu Mohamed al-Maqdisi, his most important ideas, and how far he was influential on his current and the Islamic nation in general.

4- ‘A Guide to Leading the Community Struggle for Change’, by Mostafa Al-Nimr:

The study states that the task of changing and liberating societies has never been an easy task that can be easily accomplished but at the same time not impossible to achieve. Studies have attempted since the mid-20th. century to understand how change occurs within societies and what are the tools that can be used to successfully overthrow a dictatorial regime, end an apartheid regime, or even achieve special desires for separate groups at the local level. The study also raises the questions: What are the methods that can be used? What is the correct way to plan and achieve success of a campaign? Is violence the easiest way to carry out change and what how far is it successful? Are there other alternatives, and how do these alternatives work?

5- ‘The Popular Incubator of Jihadist movements: The Case of Al-Qaeda and Hamas’, by Moataz Zahir,

The study discusses how Hamas and Al-Qaeda understand the term ‘popular incubator’, how they form and maintain it, and how far they have succeeded in that. The reason for choosing Hamas and Al Qaeda is that they are among the most important jihadist movements in the Arab world, and that they were formed at a relatively simultaneous time in the late twentieth century.

The study concludes that the jihadist movements, Hamas and Al-Qaeda, know very well that their fate will be failure without having sufficient popular support. However, there is significant difference between the two groups in thought and style of operation, but both groups understand the necessity of having local incubators as a precondition for achievement of their goals. 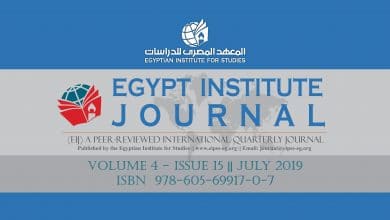 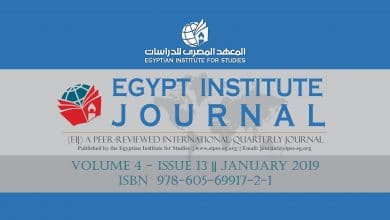