Due to exacerbation of its external debt crisis, Sri Lanka has recently announced inability to meet its obligations to creditors (bankruptcy) in light of dramatic development of the difficult economic conditions that the country has been experiencing for several years.

Meanwhile, there have been recent reports circulated about the difficult economic conditions in Egypt, and even its likely bankruptcy, as reported by some Egyptian media outlets and newspapers most recently.

Therefore, it would be useful in this regard to compare the economic conditions both in Egypt and Sri Lanka.

To start with, it is significant to note that some of the reasons that led the Sri Lankan economy to bankruptcy appear to be the general symptoms of an incurable disease that is afflicting the Egyptian economy.

Although the availability of international and regional support for the Egyptian regime may delay a fate similar to that of the Sri Lankan economy, however, the inevitable result of continuation and exacerbation of these causes will ultimately lead to declaration of bankruptcy and falling into an endless cycle of attempts of rising and stumbling.

This paper will attempt to hold an overall comparison between the economic situation in Sri Lanka and Egypt, by reviewing the main causes that led to Sri Lanka’s bankruptcy, as shown in the table below; then analyzing the data contained in the table to highlight the similarities and differences between the Egyptian and Sri Lankan cases.

First: Exacerbation of external debt (payments of premiums and interests)

Fourth: Withdrawing from reserves for repayment of government debts

Fifth: The opposite effect of tax cuts

Eighth: Repercussions of the Ukrainian war

Ninth: Reliance on borrowing from China

Tenth: Stability based on repression (on the pretext of protection of national security) and the recurrent imposition of emergency were behind the collapse

Similarities and differences between the two cases:

Reviewing the data in the above tables, it has become clear that most aspects of comparison between the economic situation in the two countries are almost identical, albeit having some points of difference, as follows:

– A great increase in external loans in the two countries, as well as in the public debt and its per capita share.

– The interest rate on loans in Egypt is much higher, and their payments devour half of Egypt’s budget.

– Some $4.5 billion is due on Sri Lanka in the current year, against more than $15 billion on Egypt.

– The difference here is that Egypt is in urgent need to compensate $17 billion of hot money that actually exited from the banking system, putting the country in a much worse situation.

2- Decline of credit rating and difficulty in accessing money markets:

– Both countries depend on the International Monetary Fund, which has created strong development indicators, on even a prima facie basis, and has kept the credit rating stable for some time.

– The difference here is that Egypt’s credit rating has not been lowered up till now due to its continued cooperation with the IMF, as well as the availability of commercial borrowing sources and support provided by Gulf countries.

– Both countries spent greedily on non-return projects, where the maintenance these projects has become a burden on the budget.

4- Drawing down from reserves to repay government debts:

– Both countries started to withdraw from their reserves after exhaustion of the sources of external borrowing.

– Both countries devaluated their local currencies to obtain loans from the IMF.

– The difference here is the fact that Sri Lanka’s reserves have quickly evaporated and are no longer sufficient to pay for imports, while the Egyptian reserves have already started to evaporate, where it is unlikely to withstand long under the weight of debt obligations and imports.

5. Tax cuts had opposite effect

6- The tourism sector crisis under Corona

– Both countries consider tourism as one of the pillars of their GDP and a major source of foreign currency.

– The tourism sector in both countries was exposed to several shocks that negatively affected its revenues even before the outbreak of Coronavirus.

– The Ukrainian war came at a time when the tourism sector in both countries did not fully recover.

– Russian and Ukrainian tourism is important to both countries.

– The difference here is that Russian tourism to Egypt has already stopped for five years.

– The agricultural sector is facing a crisis in both countries, where production is not sufficient for domestic needs.

– The agricultural sector is suffering in both countries from neglect, lack of support and unfair agricultural policies.

– The crisis of chemical fertilizer ban in Sri Lanka may be compared to Egypt’s shortage of fertilizers, spread of adulterated fertilizers, disappearance of agricultural subsidies, and significant price rises in Egypt, which may negatively affect production.

8- Repercussions of the Ukrainian war:

– The difference here is the fact that the impact of the war coincided with the production crisis caused by the ban on fertilizers in Sri Lanka, and the negative impact on tea exports, something which did not happen in Egypt.

9- Reliance on borrowing from China:

– There is no official figures about the loans obtained from China by the two countries, where both of them keep those loans in complete confidentiality. Also, both of them use these loans in projects that have no returns.

– There is no exact data available in the two countries about the conditions related to these loans.

– The difference here is that Egypt has not yet been subjected to seizure of its assets from China. However, the government sells its assets at cheap prices, as happened in the UAE deal that has been recently concluded.

10- Stability based on repression (under the pretext of protecting national security) and the recurrent imposition of the state of emergency were among the causes of collapse:

– Both countries suffer under repressive regimes that invoke protection of national security as a way to evade openness and transparency.

– The two regimes rely on ethnic, tribal or factional bases (the military in Egypt).

– All promises to reform the economy have collapsed and were proven false due to mismanagement and the spread of corruption.

After reviewing the reasons why Sri Lanka stopped paying its debts (declaring bankruptcy), and comparing its economic conditions with the Egyptian economic conditions, it is clear that the reasons that have led to Sri Lanka’s bankruptcy are already largely present in the Egyptian case, with a difference between the two in terms of support provided by regional and international powers to Egypt.

It is also clear that unless fundamental changes take place in favor of solving the problems afflicting the Egyptian economy, Egypt is inevitably destined to stop repayment of its debts, that is entering into a state of bankruptcy, where it is only a matter of time, based on the international circumstances, outside the scope of internal control. When bankruptcy occurs, God forbid, the economic crisis will not differentiate between the pro-regime people and opponents, where its negative effects will affect everyone[1]. 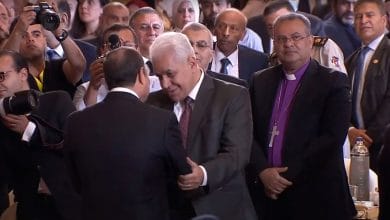 How far is Sisi’s call for dialogue serious & comprehensive? 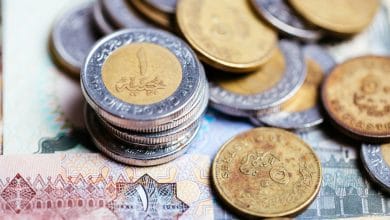 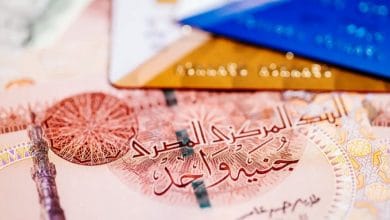