Despite the vigorous follow-up of the US presidential election globally, the Middle East in general, the Arab countries in particular, followed up the US elections moment by moment for their likely great effects on regional issues after expiration of the term of the losing Republican President Donald Trump and turning a new page with Democratic President-Elect Joe Biden.

At the same time, the Israeli arena appears among the most important arenas affected by this remarkable American development, whether on the future of the Israeli conflict with the Palestinians in general, or on the settlement construction projects in the West Bank and the possibility of resuming political negotiations with the Palestinian Authority.

In addition to the Israeli-Palestinian situation, it is important to address the upcoming US policy toward the Iranian file, especially in view of the US sanctions, the Israeli pressure on Washington to impose more restrictions on Tehran, up to restoration of Israel’s relationship with the Democratic Party, which suffered a lot during the Trump era.

The Israeli decision-making circles have been following up on the expected developments on the new American President Joe Biden’s policy towards the Palestinian issue, and the likely negative or positive consequences on Israel. In recent days, there has been a state of “optimism” in Israel to the likely decisions that the loser President Donald Trump may make during his remaining weeks in power up to the twentieth of January 2021. The Israelis expect Trump to issue some decisions in favor of Israel within the coming two months, as former President Barak did Obama in December 2016, shortly after Trump’s victory, when he abstained from using the US veto power in the UN Security Council on a resolution against Israeli settlements.

The relationship with the Palestinians

According to several estimates, Biden is likely to be more conciliatory towards the Palestinian Authority (PA), although he has always been keen to show his deep commitment to Israel’s security interests. On the other hand, PA President Mahmoud Abbas is eagerly awaiting the arrival of the new president to the White House; as he had felt betrayed and abandoned after Trump had moved the US embassy to Jerusalem and turned his attention to the Gulf states, leaving Ramallah isolated. In the new democratic administration, relations with Ramallah are likely to be different from what they were during the Trump era, as Biden will first try to renew trust with the Palestinians before attempting to initiate a new political process.

An initial assessment of Biden’s platform and his expected performance towards the Palestinians indicates that he will work to ignore and override the ‘Deal of the Century’ that Trump announced ten months ago. However, Palestinians fears that Trump might formulate his deal in the form of a memorandum of understanding (MoU) between Washington and Tel Aviv, in attempt to make it binding to the Biden administration as an official US policy and an agreed approach between Israel and the United States. However, sources in Biden’s campaign have hinted that such MoU would not be binding on Biden, or have an impact on his policy toward both Palestinians and Israelis.

Biden campaign officials believe that he will seek to preserve the two-state solution, avoid unilateral measures, call on Israel to refrain from expanding settlements or annexing Palestinian lands; and he will ask the Palestinians to refrain from measures that delegitimize Israel, and stop payment of wages to families of prisoners. However, the Israeli-Palestinian issue will not be Biden’s top priority, as he will not be in a hurry to bring the Palestinians and Israelis back to the negotiating table.

The Israelis preempted Biden’s inauguration by hinting that there is no reason for his administration to condemn construction of settlements, because there is an agreement between the two sides according to which Israel can build within the existing settlements, but not to create new ones. However, the Biden administration, as the US administration was during the Obama era, may express opposition to any expansion in the settlements. According to a prevailing assessment in Israel, Joe Biden will get rid of Trump’s “deal of the century” to start a new path for an Israeli-Palestinian dialogue.

It is expected that Biden will focus during his first year in office on domestic issues. He will also be involved in foreign policy issues, but the Palestinian issue will not be a priority: as there are issues like Iran, the relationship with NATO and restoration of US leadership to it, restoration of relations with China and other important issues. Nevertheless, he will seek to preserve the two-state solution to solve the Palestinian issue, encourage both parties to take positive measures, and avoid unilateral action.

A reading of some of the broad lines of Biden’s policy towards the Palestinians shows that his administration will not move the American embassy from Jerusalem back again to Tel Aviv, and it may not be in a hurry to address the recognition that Trump granted to Israeli sovereignty in the Golan, but it will be stubborn in opposition to expanding settlement in the West Bank, and the aid to the PA will be renewed in one way or another, and its office in Washington will be reopened.

The Palestinians and Israelis do not expect Biden to launch a new peace initiative on the Palestinian issue. Rather, he will make efforts to improve Israel’s relations with the Palestinian Authority in order to improve the situation on the ground. Biden advisers do not believe that implementation of the two-state solution is possible in the current generation; but they recommend that all efforts will be made to preserve this possibility and keep such vision alive.

It is unlikely that all the Israeli understandings with the Trump administration will remain valid, which means that construction in the West Bank and Jerusalem settlements will return once again a contentious issue, a hotbed of tension, and a continued conflict between Washington and Tel Aviv. Also, the United Nations condemnation of the establishment of settlements is likely to be back again, as it was in the late Obama era; and it is not unlikely that the United States will redefine settlements as an obstacle to peace. This indicates that the Palestinian arena raises concern to Israeli officials and settler leaders.

The attitude towards Israel

The Israelis are convinced that the election of Biden as the 46th. President of the United States means that Israel will start a new era, although it will not necessarily mean a return to the days of conflict during the Obama era, because Biden has no interest in confronting Israel.

Although the long personal friendship between Biden and Netanyahu is extremely strong, and may allow the latter to conduct a successful dialogue with the US administration, there will be differences between them, especially amid existence of intense anger against Netanyahu in the Biden circles.

However, there is one thing that is indisputable in Israel, namely, that Biden is a close friend to Tel Aviv, and that he believes in the American commitment to its security and the preservation of its qualitative military superiority, which Biden has proven in countless statements. But at the same time Biden believes in the two-state solution and the establishment of a Palestinian state alongside Israel, and that this solution must be guaranteed by US policy in the Arab-Israeli conflict.

The Republicans still make up the majority of the Senate; and Biden and Netanyahu enjoy a real friendly relationship for decades. It is true that Biden’s relationship with Netanyahu will not be as strong as it was with Trump, but it will be acceptable.

The Iranian nuclear file represented an important opportunity for Trump to realize Israel’s rosy dreams in it, through withdrawal from the nuclear agreement, followed by the “maximum pressure policy” on Tehran. Had he been re-elected for a second term, Trump would have started negotiations with Iran as he had repeatedly announced; and so intends the President-elect Biden, but the difference between them is that Biden may ease the sanctions imposed on Iran to create a positive atmosphere for resumption of negotiations.

It is clear that the new US administration intends to restore the nuclear agreement with Iran and to reduce a large part of the sanctions on it in order to launch negotiations on updating and extending the agreement in return for stopping violation of the restrictions imposed on its nuclear activities. However, Biden will also strive to revive, at least partly, the U.N. arms embargo on Iran.

Most Israeli forums expect that the next democratic administration will adopt “less work” in the Middle East, because the United States has “few interests” in the region, through more diplomatic activity and less military action; while at the same time seeking to maintain the American deterrence. With no need for further attempts to redesign the global system, there will be a US strong focus on easing tensions: the Gulf and Iran, Qatar and its neighbors, Turkey and the Kurds, etc..

In order to avoid any risks in Israeli-American relations under the Biden administration, there are Israeli recommendations demanding Netanyahu to try to turn a new page with the Democratic Party and pay a visit to Joe Biden as soon as possible. Although Obama in 2016 signed a ten-year aid agreement with Israel worth $3.8 billion annually, but every year the Congress must re-ratify this aid. Today, there are voices in the Democratic Party that demand taking advantage of this to force Israel to change its positions, which will contribute to changing the American attitude towards it.

Biden’s victory in the American presidential election has put Israel in front of the consequences of severing relations with various American political components, with the exception of the Christian Republican right; and it is likely to pay the price of betting on the losing horse. Trump had subjected the US policy to Netanyahu’s wishes, recognized the legitimacy of the illegal settlements, announced the US recognition of Jerusalem as the capital of “Israel”, and ordered relocation of US embassy from Tel Aviv to Jerusalem. He even coordinated his big moves with Netanyahu’s election schedule. But Biden will not distribute such election gifts to be in line with the Likud platform. Tel Aviv cannot bear any collapse in American support, both Republican and Democratic, because it is considered an existential matter for Israel.

Ultimately, Biden will not act as aggressively as Trump did against the United Nations, the Human Rights Council, the International Court of Justice in The Hague, the World Health Organization, and other international organizations and treaties.

Macron and His Damned War Against Islam

Shift of Egypt’s Attitude towards the Libyan Issue 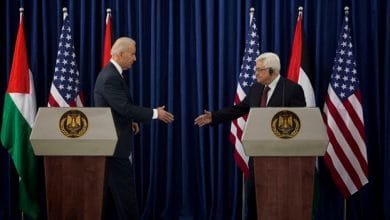 New U.S. Strategy to Address the Palestinian Cause 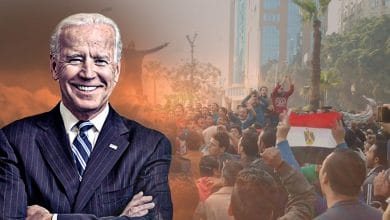 The Egyptian Opposition and the New US administration