The cabinet reshuffle that took place in Egypt on Sunday, December 22, 2019 included merging the two ministries of Antiquities and Tourism into one ministry under Dr. Khaled al-Anani, who was appointed as Minister of Tourism and Antiquities.

However, this decision has aroused various reactions from specialists in antiquities and tourism, civil servants in the two ministries, and Egyptian citizens in general, with different views between support and rejection of the move. While some were optimistic, hoping that this step may be in the benefit of the two ministries, others were pessimistic, for fear of likely negative effects in the future.

In the beginning, I want to confirm that this merger may not last long; and that the two ministries may be separated again; given that the history of the ‘Antiquities Authority’ indicates such fluctuations.

The Ministry of Antiquities has gone through many stages until it acquired its current name. During the reign of Muhammad Ali Pasha, specifically in 1835, there was a building in the Azbakeya Park, Cairo, that was allocated for preserving antiquities, which was developed into the “Antiquities Authority” during the reign of Said Pasha in 1858, under chairmanship of the French scholar Auguste Mariette. For nearly a hundred years, the Antiquities Authority remained under the leadership of French scholars, until the British occupation were evacuated from Egypt in 1956, where the “Antiquities Authority” became a pure Egyptian governmental body under chairmanship of Mr. Mostafa Amer as its first Egyptian director. The authority remained under supervision of several ministries, including the Ministry of Public Works, the Ministry of Education, and the Ministry of National Guidance. In 1960, it was under the “Ministry of Culture”. In 1971, it became an independent body, and then was given the name of “Supreme Council of Antiquities” in 1994, until major changes occurred in 2013 with the outbreak of the January revolution.

Nevertheless, optimists about this merger are so many. They believe that such decision will be in the advantage of the two ministries, especially the Ministry of Antiquities, which has been undergoing a major shortage in financial resources for years, with debts to the Ministry of Finance exceeding LE 5 billion.

Supporters of the merger also believe that there is a strong relationship between antiquities and tourism, and that the two ministries should have been merged a long time ago, and even some optimists called for merging all the ministries related to tourism in one ministry.

The proponents alsobelieve that major projects related to antiquities such as the Grand Museum, the successive archaeological discoveries, and the exhibitions held overseas in recent years require merging the two ministries for promotion of both tourism and antiquities. One of the advantages of this merger as some argue is that it is possible to benefit from archaeologists who are skilled in foreign languages ​​to promote tourism in the archaeological sites.

As for those who reject the decision of merging the two ministries of tourism and antiquities into one ministry, they express their fear of the negative effect of such step, as they believe that the decision is likely to negatively affect the Ministry of Antiquities; given that Egypt mainly relies on recreational tourism related to beaches and resorts, which represents more than 76% of tourism coming to the country, while tourism related to visiting archaeological sites does not exceed 15%. However, this problem can be easily solved if the Ministry of Antiquities plays its main role in promoting tourism in archaeological sites in an appropriate and attractive way, as happens in promotion of beaches and resorts.

Some opponents of this decision also argue that the Ministry of Antiquities could have been given greater powers and potential to help it better promote the archeological tourism instead of this decision, fearing that this merger could negatively affect cultural tourism.

Although I understand the arguments of both sides, both optimists and pessimists; however, I believe that the problem is not in merging the two ministries, but the problem lies in the criteria for choosing the appropriate independent minister that has a clear vision for development of the ministry rather than a minister that is only playing a political role.

Egypt must focus on promoting cultural tourism, given the unique archaeological sites overlooking the Nile and those scattered in our vast desert, and of course without disregarding promotion of recreational tourism. 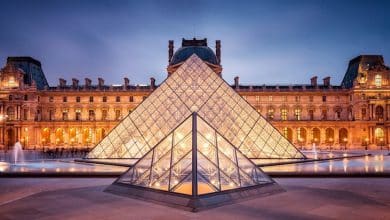