There is a divorce case in Egypt every four minutes, a shocking figure announced by the Central Agency for Public Mobilization and Statistics (CAPMAS) in Egypt. According to official statistics, Egypt ranks first among world countries in divorce, with more than 250 divorces per day. More than 4 million divorced women and 9 million children have become victims of family separation.

Cairo came to the fore with the highest percentage of divorce and Khol’a in the family courts, followed by Giza, Fayoum, Assiut, Qalyubia, Alexandria, El-Menya and Kafr el-Sheikh.

Reactions to this phenomenon have varied between denial, disregard and underestimation. Members of the National Council for Women (NCW) have underestimated and marginalized the problem without taking any steps to solve it. As for the conflicting statements, a number of requests for briefing have been submitted in the House of Representatives (parliament) to discuss those figures about divorce announced in the media. Also, the political leadership started to discuss the phenomenon, giving instructions to the government to take decisive action on the phenomenon and facing its frightening repercussions in Egyptian society.

Ministries and various government bodies have made effort to confront this phenomenon, starting from adoption of new legislation that prevents oral divorce up to taking practical steps to reduce it, including:

– These alarming numbers of divorce rate have recently prompted the Al-Azhar Institution to launch a special “unit” for reconciliation between disputing spouses to prevent divorce and avoid its negative consequences.

– Al Azhar Fatwa Global Center, that was founded to provide electronic fatwas to Muslims and non-Muslims around the world, has issued a statement titled, “Unity”, to protect the family from disintegration. In addition to this theoretical level in confronting the divorce phenomenon, the center has started to organize field visits to districts and villages for reconciliation between the disputing spouses, providing a unified phone number for contacting the center.

– Spokesman of the Egyptian Cabinet, Nader Saad, has also announced that the government intends to launch “Mawada” (affection) Initiative to reduce the divorce rates.

– In a speech that he delivered in January 2017 during the police holiday, General Abdel Fattah al-Sisi said that the CAPMAS chairman told him that about 40% of annual marriages end up with divorce after only five years. Accordingly, the parliament soon started procedures to issue a law that will only legalize divorce when done in the presence of a Maazoun, with annulment of the oral divorce.

– Egypt’s Grand Mufti last October also stressed the need to review the phenomenon of divorce, saying that Egypt’s Dar al-Iftaa received at least 4,200 questions about divorce in only one month, a figure that indicates an increasing rate of divorce in the country.

This paper seeks to identify the causes of the prevalence of divorce in Egypt and ways to face this dangerous phenomenon and avoid its negative consequences on the Egyptian society:

Divorce threatens the social security of the family and has many negative implications on society as it leads to family disintegration and likely criminal and moral deviations.

While Egypt is suffering from the ravages of economic crises and its repercussions on the Egyptian society, it is remarkable that the divorce rate has also increased significantly, raising many questions about the relationship between the phenomenon of divorce in Egypt and the state of poverty that has recently prevailed and worsened in the Egyptian society. Poverty, widespread unemployment, poor living conditions, high prices and frustration have become the main reasons for the escalating rate of divorce in Egypt.

Many studies have confirmed that the marital life of spouses (husbands and wives) that go to work (albeit for improving the family’s economic situation) and stay for a long time outside home is negatively affected, thanks to their exhaustion and inability to spend sufficient time together.

Another cause for this phenomenon is the misuse of the Internet, technology and social networking sites, where some husbands or wives become addicted to the Internet and chat programs and so on. A study has confirmed that among the most serious bad effects of the Internet is the breakdown of the marital relationship in addition to many other effects, including mental illnesses and others. Also, CAPMAS has pointed to a study stating that 40 thousand cases of divorce in Egypt last year were caused by the husbands’ preoccupation with Facebook and Twitter rather that their wives.

Recommendations to counter the phenomenon

– Activating the family guidance centers and units affiliated to the Ministry of Social Solidarity to resolve disputes that may arise between spouses and family members.

– Establishing a special fund for divorced women to finance their vocational training and help them turn into productive society members.

– Opening psychological and social clinics to check on both parties before marriage and care for them afterwards, especially during family disputes that may lead to divorce.

– Issuance and publication of booklets that address family problems and ways to solve them, and distributing them among married couples in government bodies, centers, hospitals, civil society institutions and others.

– Caring for the families of divorced women in terms of providing a decent living for them, in addition to establishment of nurseries and kindergartens for their children.

– The Ministry of Social Solidarity should provide urgent assistance to divorced women. 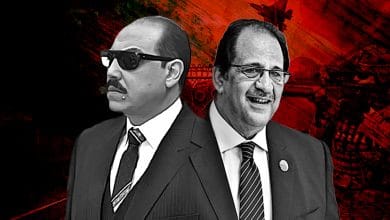