The only difference in the new normalization package is that it pushed the malicious relationship from darkness into the open. In addition, Israel has never normalized relations with the Arab peoples, and has never respected their will. Rather it has normalized its relations with regimes that everyone knows are totally or partially subjected to the will of foreign powers, especially the United States, Israel’s great ally. Hence, a likely success in this case is definitely questionable.

In fact, Israel, by declaring the new normalization package, has exempted the Arab peoples and all patriots from exertion of much effort to explore the pernicious relations between those Arab regimes and the Zionist entity. Also, the announcement of normalization with Israel has exposed the closure and deception efforts that had enabled these Arab regimes to inject their venom into all collective Arab national activity, albeit humble, as the picture is now clearer.

Despite the shame that haunts those who may follow such path, past experiences have proven that the countries that had normalized their relations with Tel Aviv never enjoyed the “carrot”; but Israel has always been the party that reaps the fruit for its own benefit, while Egypt and Jordan have not been able to get rid of their economic worries, nor has Cairo or Amman become similar to Vienna. Rather, both regimes have moved from a position based on equal-term relations with the Israeli entity to complete dependency.

The Gulf states that have rushed to normalization with Israel have in fact exercised this role for decades, where their foreign policy has completely been in line with Israeli interests. They used to stand against countries or organizations hostile to Israel, whatever their orientations might have been, such as the Islamic stream (most notably the Muslim Brotherhood, Hamas, and Islamic Jihad), the nationalist current (manifested by Saddam Hussein, Muammar Gaddafi and Gamal Abdel Nasser), and the socialist trend (represented by Moncef Marzouki in Tunisia, and socialist currents across the Arab world).

In the same context, the normalizing Arab regimes used to keep friendly relations with regimes that are supportive to Israel, such as extremist right-wing movements across the world, from India to Europe to America.

For decades, some of these regimes have secretly served Israel in a much deeper way than the recently declared normalization agreements. Some observers even think that establishment of such Arab entities was originally intended to protect Israel and fragment the unity of the Islamic world. Furthermore, some believe that these regimes finance the purchase of the ammunition that Israel uses against the Palestinians, the Lebanese, and even the Egyptians (in the Sinai Peninsula); and they work vigorously and spend their money lavishly on Israel’s policies and objectives in Egypt, Libya, the Eastern Mediterranean, Tunisia, the Red Sea and Yemen.

The destruction caused by the Arab countries that have recently rushed towards normalization with Israel across the Arab world may be much more than any harm Israel might have achieved via war. In fact, this package of normalization with Israel changed the situation from confrontation between Israel and Arab countries to an internal dispute across the Arab world, which is considered a very high price that amounts to treason and even more.

It is understandable that some Arab regimes may be prompted to relieve the burdens of national and moral obligations towards Arab people that have been subjected to exile, displacement and annihilation, hoping to bring about an economic revival or renaissance, where their peoples are in urgent need of such move, given the deteriorating economic conditions they are suffering from.

But the amazing thing here is that the Arab countries that have led the recent wave of normalization with Israel are rich oil countries that do not need any economic packages from Israel (as had happened with others before). However, on the contrary, they are the ones that will pay for Israel and help it break the remaining isolation it is suffering. In this regard, the UAE and Bahrain are likely to promote the products of Israeli settlements in the occupied territories, which are prohibited and condemned by the Western countries themselves. They are also expected to support Israel’s causes in international forums, despite the fact that the victory of Tel Aviv in any issue simply means a heavy loss for the Arab peoples.

Consequently, this rush to announce the pernicious relationship with Israel may only aim at seeking political revival of regimes that have lost all moral justifications for their existence, being considered a kind of local occupation of their peoples.

The regimes that have sought normalization with Israel are not elected regimes that embrace democracy, nor are they even “constitutional monarchies”, but they only belong to the darkness of the Middle Ages. In such regimes, only the will of the ruler determines the Constitution that governs the people. They even commit atrocities and heinous crimes without accountability, chop the bones of their opponents with saws (as happened with Saudi opponent Jamal Khashoggi), and treat opponents’ families as if they were slaves. Unfortunately, the Western countries have provided those dictatorial regimes with legitimacy for decades, and enabled them to abuse their peoples.

The exposure of Israel’s protection of those Arab regimes will certainly harm Tel Aviv in the short term rather than benefiting it; as such act is likely to expose Israel’s true image to the whole world, as a racist and fascist entity that only fuses with the fascist regimes that resemble it; taking into mind that Tel Aviv has sought for decades to promote that it is the only democratic country in the Middle East.

Therefore, in the long run, Israel is likely to be prompted to avoid tarnishing the reputation that it has exerted a lot of effort since its inception to establish in the Western media, albeit through deception and lies. Israel is most likely to rid itself of such heavy load after luster of events fades away and shortcomings further maximize.

Israeli security and military objectives from the UAE deal 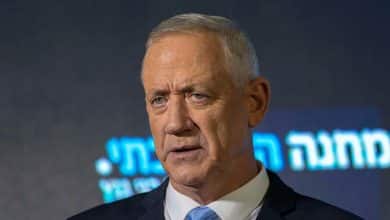