Ronen Bar, head of the Israeli General Security Service – Shin Bet – headed to Egypt on Sunday, 21 August, on an urgent and unplanned visit, to calm down tensions with Cairo after the Israeli pressure practiced on the Islamic Jihad movement, which has increased since the end of the last aggression on Gaza, through escalating arrests of the Palestinian movement’s members in the West Bank, against Egyptian expectations. During the visit, Ronen Bar met his Egyptian counterpart, Abbas Kamel, who had canceled a planned visit to Israel in the post-war days.

Bar’s visit to Cairo, according to Israeli leaks, comes after Tel Aviv reneged on its agreement signed with the Egyptians for a ceasefire in Gaza, according to which Israel would reduce military activity against the Islamic Jihad Movement, for fear of renewal of military confrontation in Gaza, based on the threats of the Palestinian resistance movement.

Bar also discussed with Egyptian officials the situation in Gaza, and the demands for the release of Islamic Jihad detainees, as part of an agreement to stop the war, noting that Israeli Prime Minister Yair Lapid phoned Abdel Fattah al-Sisi immediately after the cease-fire in Gaza, and thanked him for his efforts to stop the tension in Gaza.

Some Israeli circles interpreted what happened days after the end of the most recent war (which was caused by the arrest of the Jihad movement’s leader in the West Bank, Bassam al-Saadi) of the assassination of Jihad leader Ibrahim al-Nabulsi in Nablus, as “like sticking a finger through Sisi’s eye”.

Some Israeli circles said that the crisis with Cairo started two months ago, after the Israeli army shot down an Egyptian drone that infiltrated into Israel across the border, which angered the Egyptians at publishing the news. Then, talks took place immediately between senior Israeli and Egyptian officials to correct the situation. It is noteworthy that over the past years, the two sides amended parts of their bilateral security agreements –  based on the Camp David Accords signed between Egypt and Israel in 1979 – to allow the Egyptian army to operate drones over Sinai and the Rafah area adjacent to the Gaza Strip, as part of its fight against armed organizations there.

There is another cause of this tension, namely, that an Israeli press report has been published existence of a cemetery for Egyptian soldiers who had been burned to death during the 1967 war, in an area near the Nahshon settlement, west of Jerusalem. The report was published after the approval of the Israeli military censorship, which enraged Egyptian officials who found themselves in awkward situation in front of the Egyptian public opinion. The Israeli report had cofirmed existence of a mass grave of about eighty Egyptian soldiers dating back to the 1967 war, where more than twenty of them were burned alive, and the Israeli army buried them in one cemetery, which was not marked, in violation of the laws of war.

Al-Sisi raised the issue of the mass grave in the telephone conversation between him and Lapid, who instructed his military secretary to explore this issue and inform the Egyptian authorities of the latest developments, pledging that his office would check all reports on that mass grave.

In conjunction with this tension, Israeli Defense Minister Benny Gantz confirmed that there is actually a crisis in relations with Egypt against the backdrop of the Israeli escalation in the occupied West Bank and the recent aggression on the Gaza Strip, but he claimed that the interests of Israel and Egypt require overcoming the current crisis between them. It is noteworthy, in this regard, that Israeli military circles and security forces always stress that the emerging crisis in the relations between Egypt and Israel will not affect the “close” security and military cooperation between them.

However, the Israelis also say that despite this “close cooperation”, it is important to clarify that Egypt and Israel are not friends, but rather partners, each with its own interests; but there are common interests such as fighting armed organizations operating in the Sinai Peninsula, amid thousands of Israeli tourists who usually visit Sinai without imposing any security restrictions on them; and the Israeli gas pumped to Egypt.

In fact, Egypt worked in accordance with an arranged plan for a cease-fire in Gaza, but Israel continued to act against the Islamic Jihad movement in the West Bank, which was considered by Egypt a reversal of its commitments in the ceasefire agreement. But observers believe that this tension will be overcome soon.

The visit of the head of the Shin Bet to Cairo to restore relations between the two sides carried many political and security implications, and proved that Egypt is not a secondary player in regional politics: The first indication is that Bar’s visit was public. The second indication is related to its timing, as Ronen Bar arrived in Cairo amid a security tension that would not necessarily cast a negative shadow on Egyptian-Israeli relations in general. The third indication is related to the timing as well, where Bar’s visit coincided with the start of the countdown to holding Israeli elections, which will make Lapid interested in seeking a photo with Sisi that may benefit him in his electoral campaign. The fourth indication is related to the ongoing normalization with Israel in the region, as if Egypt had sent a hidden message that it was working to extend more bridges of normalization with the rest of the Arab countries, provided that Israel help it in its relations with the United States, and at the same time do not attempt to surpass it in favor of the new normalizing Gulf states.

However, the Egyptian official media has returned once again to dealing with Israel as a “Zionist enemy”, but without use of the term “mistrust” between Cairo and Tel Aviv, which indicates that it is only a small crisis produced by a certain Israeli source, but Cairo is preoccupied with other issues.

Israel does not miss an opportunity without expressing its welcome of enhancing relations with Cairo. Therefore, it hastened to respond positively to many Egyptian requests, including increase of the Egyptian military presence in the Sinai Peninsula, amid Israeli need to develop security relations with Egypt.

At the same time, there are many positive expectations for further improvement of relations between Tel Aviv and Cairo, despite this crisis. Note that Egypt has welcomed cooperation with Israel in the Sinai to eliminate activities of the armed organizations in Sinai, without attempt to deny or hide this cooperation.

Although a small percentage of Egyptians know that there is security cooperation with Israel, the popular Egyptian attitude towards Tel Aviv is still hostile, where TV series contain unfriendly messages towards Israel, despite a slight decline in the level of such hostility in media outlets. But Egypt today is significant to Israel, just as Israel is significant to Egypt. Whatever the peace between the two countries is cold, it is certain that from a strategic point of view it is no less important than warm peace with countries that are not adjacent to Israel, following the normalization agreements with a number of Gulf countries.

The Israeli aggression on Gaza has always constituted a point of tension in the Egyptian-Israeli relations, despite the latter’s reliance on Cairo to calm security tensions on its southern front. Although Egypt has invested a lot in mediation efforts between the warring parties, and was able at several times to calm security matters, it has recently appeared that the challenge Cairo is facing is much greater than ever before, due to accumulation of events.

At the moment, the only achievement that the Egyptians can score is to maintain the ceasefire between Gaza and the occupation, but this, of course, is subject to events of coming days, knowing that such an Egyptian initiative is an opportunity for Israel, but the price required is a change in the latter’s policy, where the Egyptian attempt to mediate between the two sides enjoys broad support from the US administration.

It is true that this “temporary” Egyptian rage resulted in straining relations with Tel Aviv, but a little disagreement in their ongoing security coordination is unlikely to affect their strategic interests, because they are too great to be ignored, given the two countries’ intertwined interests[1]. 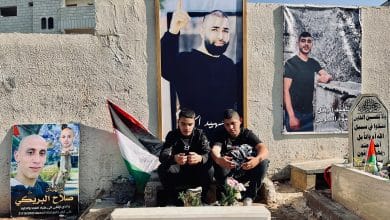