World War I, which officially erupted in August 1914, had actually begun with the 1887 Berlin Congress, as a prelude to the wide-range colonial rivalry between European powers wishing to extend their imperial influence, i.e. Britain and France, on the one hand; and post-unification Germany in 1876 on the other.

The United States officially declared going to World War I on April 6, 1917, about three years after its eruption. With the end of the war in 1918, the United States was the biggest winner; as its territory was not attacked at the time when Europe was the major theater of operations. Significant destruction affected Germany, France, Britain, Austria and Hungary, as well as the Ottoman Empire that officially collapsed after the end of war.

World War II, which officially erupted on September 1, 1939, actually started in 1919, with the humiliating terms of the Treaty of Versailles that were imposed on Germany and were the greatest motivation for the Germans to prepare for revenge and retaliation against Britain, France and the Soviet Union – and even the United States itself, if possible  – activity that officially materialized In 1922.

Meanwhile, the U.S. territory remained far away from war crossfire; and the United States has ascended to the top of a bipolar world order, in the face of the then Soviet Union. After that, Washington engaged in a cold war against Moscow that ended with officially dismantling the Soviet Union in January 1991, and proclamation of a unipolar world order dominated by the United States.

Since 1991, the United States has fought several wars, including: first Iraq war in 1991, Afghanistan war in 2001, second Iraq war in 2003, and finally war against the Islamic State in Iraq and the Levant (ISIL) in 2014, as well as a number of limited and indirect military interventions in many countries of the world.

With every major crisis in the Middle East, an important question arises on likeliness of being a prelude to a ‘Third World War’. This question, which has been reiterated since 1991, has featured prominently in 2019 due to mutual escalation between the United States, under the Trump administration, along with Saudi Arabia and some of its supporters, on the one hand; and Iran and its regional and international allies on the other.

However, developments in the Gulf region clearly indicates that there are no harbingers looming for a ‘Third World War’ in the size of World War I and World War II, in terms of theater of operations and the magnitude of material and human damage; despite the multiple crises that befell the Middle East region, including: the Yemen war that began in 2015 and its severe repercussions on the Saudi interior; the Qatar blockade crisis since 2017 and its negative repercussions on the GCC system; the sharp deterioration in the Iranian nuclear program crisis, especially after Trump came to power in the United States in January 2017 and mobilization of fleets and military deployment in the Gulf region; and the conflict-based transformations in the Middle East region against the backdrop of the popular revolutions and military coups in Tunisia, Libya, Egypt, Syria, Yemen, Algeria, and Sudan.

However, if the opposite happens and the United States pushes in the direction of further escalation, Washington will be the biggest, and possibly the only winner of such a war; and all regional and international powers will certainly be losers, but to varying degrees, for several basic considerations, including:

1- The United States will remain far from the basic theater of military confrontations, as happened in World War I and World War II; and its role will be limited to “management through creation of crises and maximizing their utility”, given that Washington will withdraw funds directly from the monetary reserves of the Gulf States in the United States, exceeding $ 2 trillion, to cover expenses of the war, in addition to hundreds of billions worth of weapons it will sell to the warring parties to fuel the conflict without necessarily having a real role in confrontations or even in deterring Iran, as revealed by the drone attacks that have hit vital areas in Saudi Arabia.

2- The United States will not be greatly affected by the high oil prices, because it has succeeded over the past twenty years in maximizing its oil reserves, besides the fact that it has become the top producer of shale oil in the world, as well as its domination of the oil of the Caspian Sea and West Africa and expansion of oil production in Alaska.

3- The European Union countries and China will be the most affected countries by targeting the Gulf oil fields which provide more than 30 million barrels per day, according to the statistics of July 2019 (Saudi Arabia 12.2 million, Iran 4.7 million, Iraq 4.6 million, UAE 3.94 million, Kuwait 3.04 million, Qatar 1.87 million, Oman 1.02 million, and Bahrain 0.3 million), along with the huge natural gas production exceeding 500 billion cubic meters from the Gulf countries, which will cause huge, if not destructive, economic crises, not only to the oil and gas exporting countries, but also to major importing countries, most notably the EU countries, China, India and Japan, while the likely damage to the United States will be extremely limited.

4- Russia will achieve huge leaps in its revenues from oil and gas, in the face of the expected huge rise in their prices, being the world’s second largest oil producer, the world’s largest producer of natural gas, and the first source of gas for European countries and Turkey.

5- In the event of a direct and comprehensive war in the region, the GCC countries will be the most harmed parties, not only with respect to affecting and probably destroying their oil and gas exports, reserves and infrastructure, being the primary sources of their economies; but also with respect to likely complete destruction of some of these countries and opening the door wide to dismantling Saudi Arabia into several states, in light of the deep strategic imbalances between Iran on the one hand and the GCC countries on the other.

6- Taking into account the fact that the GCC countries are still suffering from the repercussions of the Iraqi invasion of Kuwait, 30 years ago, and the American invasion of Iraq, 16 years ago, albeit limited wars; a likely open confrontation in the region can make regional countries suffer from its catastrophic repercussions for decades to come, if these countries would be able to survive with their current borders and maintain sovereignty over their territory after the likely war.

7- A likely confrontation with Iran is not a confrontation with only one state, but with a regional alliance led and almost completely dominated by Iran, including countries such as Iraq and Syria, groups such as Hezbollah in Lebanon and Ansar Allah in Yemen, and dozens of militias, whether sleeper or active in most countries of the region; and therefore they can target interests in a wide range of regions and territories.

8- Also, a comprehensive confrontation will not be in Iran’s interest in any way, because it still suffers from the repercussions of its war with Iraq (1980-1988), the economic blockade imposed on Tehran against the backdrop of its nuclear program, the imbalances of its internal ethnic composition, and the highly hostile interactions from neighboring countries towards Iran. Therefore, damage will not stop at the oil and gas sector and other economic sectors, or at the infrastructure of Iran’s nuclear program, but it may extend to the Iranian regime’s structure and its political, security and social stability.

Since engagement in the international system in 1917 until today, the U.S. strategy has been largely based on management through creation of crises and imposition of potential self-destruction, not only in the face of likely rivals or enemies, but also in dealing with some of the U.S. strategic allies, so as to boost domination of the former and dependency of the latter.

Despite their multiple historical experiences and the significant lessons that can be learned from them, most successive regimes in the region, including the existing ones, have not benefited, over the past 100 years, from these experiences or learned their lessons. On the contrary, they have mortgaged their will, sovereignty and even survival in favor of the United States and its orientations. So, whether a global or regional war erupts, or the current escalation continues, the United States will remain the top winner; and all regional countries will remain the biggest losers.

you can also read

Egyptian-French Economic Relations .. Who Will Benefit? 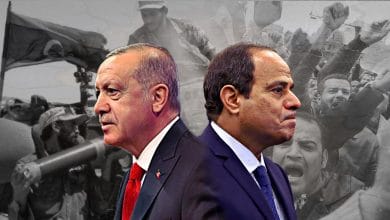 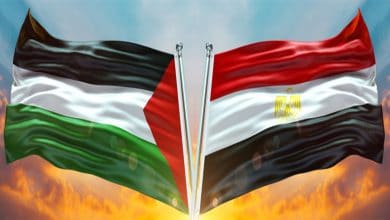 Egyptian-Palestinian Relations Since the 2013 Coup