But not in Ukraine. In Afghanistan.

And only since the beginning of the year.

The dead are many more, actually. Because these are only the newborns that have passed away from malnutrition. Killed, indeed. Killed by our sanctions, which hit the economy, instead of the Taliban. The only market left, here, is the kidney market.

According to the latest UN reports, 95% of the population are starving.

Europe glows blue and yellow these days, rediscovering itself and its values. But viewed from here, the most iconic image is not the image of its borders being open to Ukrainians: it is the image of its borders being shut down to any other. And not just in the south, where drownings continue, and rescuers continue to be taken to trial: the same borders. Viewed from the second-class world, Europe is Africans turned away by Poland.

Because if you are white, you are a refugee. If you are black you are a migrant.

Even though you escape the same airstrikes.

And even though until yesterday, no one wanted Ukrainians in Europe.

Western newspapers are such a strange read. It is all about Ukraine. And, I mean – it’s not so much because there are other 59 wars around, plus that sixtieth war which is Covid-19, and which, suddenly, no one cares anymore, no: it’s because every analysis is focused on Ukraine. As if Ukraine were the issue at stake. Rather than a mere playground. We are confronting Russia in Syria, where Putin supports Assad; in Libya, where he supports Haftar; in Iraq, where he stands with Iran; in Yemen, where he is the main mediator; in Mali, where he replaced the French. And in the Balkans, of course, since the times of Milosevic. Because the NATO is a defensive alliance, true: but for us. Out of Europe, it is a different story. Or do we want to forget Iraq? A war justified by the need of destroying weapons of mass destruction that Saddam did not have; and for whose evidence, forged evidence, the New York Times was awarded a Pulitzer?

It later apologised to readers. But never to Iraqis.

How little is this Europe that pretends to be a key player, viewed from here.

The UN General Assembly condemned the invasion of Ukraine with a resolution adopted by a vote of 141 in favour to 5 against. With 35 abstentions. And we all listed sarcastically the dissenting states: aside from Russia, Belarus, Eritrea, North Korea, and Syria. But what matters are actually the abstentions, which include China and India, whose combined population is over half of the world’s population. Plus the Emirates and South Africa. And Brazil, which remains neutral.

The entire non-Western world. What does that mean?

And so, all happens overnight. Unexpectedly. Even when it is not unexpected at all. In Cairo, the bookstore of the American University in 2011 had this book that had been a bestseller for years: “Egypt on the Brink”. Which foretold the Arab Spring. A bit like this interview now with Oleksiy Arestovych, a key adviser of Zelensky: a 2019 interview, where he explains that with the increasing cooperation between NATO and Ukraine, a Russian attack is likely. And he explains when, where, how. And he gets all right. With the journalist, who is from Kyiv, who asks worriedly: Sorry, but, with such a risk, does that make any sense?

But conflicts, for us, are always crises.

And crises are always humanitarian crises. And political crises.

Like Gaza. Which has been under siege for 15 years.

And whose resistance is considered terrorism.

Because our enemy is always just a butcher. And I wish so. Really. It would be so easy, if it were only a matter of getting rid of a Putin, a Qaddafi, a bin Laden. As in Syria, where still today, we have no idea why Assad enjoys so much popular support. Where does it come from? From fear? From opportunism? Or is it true support?

And the result is that Assad is still in power, in a war that has just entered its eleventh year. And in Europe, no one even knows that it is not over.

Since the start of the invasion, we have paid Russia 21 billion euro of gas bills[1]. 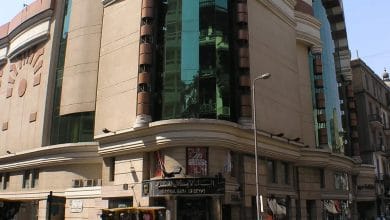 Is the Egyptian economy vulnerable to bankruptcy? 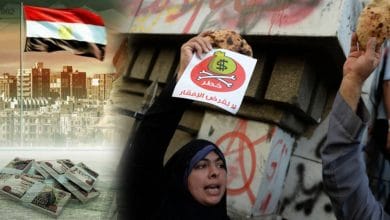 Behind exacerbation of Egyptian economic crisis 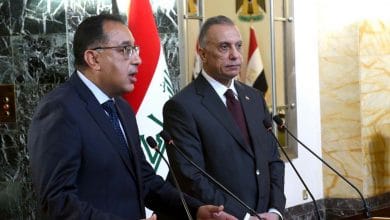