Yemen’s Marib Governorate consists of mountainous and desert areas, with huge oil, mineral and agricultural wealth, as well as tourist attractions. It is inhabited by a group of fierce fighting tribes that adopt high values ​​and noble morals, such as hospitality, supporting the oppressed, and taking revenge on whoever do any oppressive wrong to them; they sacrifice everything in order to preserve their dignity, and hate injustice and humiliation; and they also cherish their customs, traditions and civilization.

People in Marib, especially the tribes surrounding the city and the valley, are distinguished by love of religion, support of Sharia, and preservation of unity and the republican system. In addition, there are fierce fighters in Marib coming from various Yemeni governorates and tribes (particularly those displaced and subjected to the worst types of injustice before 2011 and after 2014) that have the same characteristics of Marib tribes and strive to achieve the same goals.

The entire population of Marib governorate are Sunnis that follow the Shafi’i doctrine, where there is no popular incubator for the Houthis in the governorate. Therefore, this is considered one of the strengths that make the Houthis retreat from entering the city, as the environment there is not amenable to Houthi thought. Historically, Marib has heroic stances since the era of the imams’ rule. In addition, there are solid and coherent organizational grassroots of Islamic movements from various orientations in the governorate, where everyone adopts the same cause and expect the same destiny.

Between defense and attack

Marib is engaged in a fierce battle that started seven years ago. However, it is advancing very slowly, and sometimes regressing, where the battle there has been ongoing between hit and run. Although the Houthis first entered the city of Marib in early 2015, yet they were later expelled to Al-Jawf and then to the Nihm Mountains in Sanaa, after fierce battles, where the two sides incurred great losses and casualties.

After that, the popular resistance decided to adopt a defensive approach instead of attacking the Houthis, in order to preserve the individuals and the stock of ammunition and weapons.

In addition, the highly significant places in Marib are located in desert areas, such as Marib’s downtown, and Safer’s oil and gas fields, bearing in mind that the Houthis’ experience in the desert war is extremely poor, especially that the resistance forces consider the battle of Marib a fateful one.

The morale of popular resistance

Over the past years, political and party leaders living abroad have visited Marib’s various fronts, with the aim of raising the morale of the resistance forces there. The truth is that Marib is stubborn in the face of enemies, and that any allegations about a decline in resistance there are groundless. The resistance fighters there are extremely brave, with a high-ranking professionality and ability to plan, organize and implement. Their most prominent objectives are to take revenge on killers (Houthis), avenging the martyrs, confronting the oppressor, and restoring the usurped rights.

Shabwa and Marib side by side

Shabwa Governorate is still the strong front of fighting there, as it is considered a starting point for many army personnel and fighters, where there are strong popular, tribal and organizational pro-legitimacy grassroots, supportive of the army and security personnel, with high-level combat experience as they have fought several battles against the Houthi militia on the one hand, and the mercenaries of the UAE-backed Southern Transitional Council, on the other. Therefore, Shabwa will never let Marib face its fate alone, as it is considered the rear front in the event of any retreat of the resistance.

The local authority of the Marib Governorate, represented by Sultan Al-Arada, the governor for nearly ten years, is considered one of Yemen’s strongest local authorities, with incomparable development in Marib, a good economy, urban activity, roads, bridges, and unprecedented commercial activity, in addition to public services: electricity, oil, gas, water (for free or at nominal prices), universities, schools, etc. In addition, the charisma of Marib’s governor made everyone gather around him, including the people of his governorate and those of other governorates, from various orientations, where there is consensus on the man from all forces there. Sultan al-Arada was able to restructure all state institutions, particularly the security and military ones, where all of them were under his authority, as well as leaders of the popular resistance. The security institution has played a prominent role in the face of the Houthis, with a strong security situation in the governorate.

Therefore, Marib has hosted ten times its population of displaced and oppressed people from all Yemeni governorates – according to the report of the Malcolm H. Kerr Carnegie Middle East Center – without showing racism, regionalism or factionalism, which is a simple example of the values ​​and morals of the people of Marib towards their people and their homeland.

1- The Saudi-Emirati alliance may provide support to the Houthis in the form of airstrikes targeting some resistance leaders and the front lines, while justifying this by alleging that it just happened by mistake, in preparation for putting pressure on the legitimacy forces to accept leadership of Tariq Saleh (son of the former president Ali Saleh) in Marib and Shabwa, or accept a fait accompli based on separating northern Yemen from its south or establishment of autonomy for some Yemeni regions after dividing them, according to tendencies of some international actors.

But it is difficult to accept this scenario, in addition to the fact that it will not affect the resistance fighters or discourage them from continuing to confront Al-Houthi.

2- Occurrence of unprecedented massacres at the gates of Marib, especially from the Houthis, if they continue to advance towards the city. Most likely, the Houthis will withdraw to the outskirts of Marib in order to preserve their fighters, and then call for reconciliation to preserve the land they have seized, under the auspices of the United Nations.

3- Occurrence of a suffocating gas and oil crisis which may push citizens in the Houthi-controlled provinces to stage demonstrations calling on the Houthis to spare the blood of their sons who were sent to Marib, holding them responsible for cutting off gas and oil supplies as well as food and health needs.

4- Forming a political and military council to run the governorates controlled by the legitimate forces away from the Saudi-Emirati alliance.

However, there are a few questions that may arise here, such as:

1- Taking into mind that there are many ties that link the Saudi people with the Yemeni people, including religion, land, blood, and language, will Saudi Arabia risk handing over Yemen to the pro-Iran Houthis, to escape responsibility for failure to manage the Yemeni issue?

2- What are the real obstacles that prevent Yemeni legitimacy leaders, politicians, and elites from moving to rescue their homeland, Yemen?

3- Is it possible to find new alliances that would guarantee Yemen’s unity, independence of decision-making and preservation of the sovereignty of its lands?

4- Can the resistance forces boost military control over the governorates under their hands, and export oil and gas so that they become financially and administratively independent from the Saudi-Emirati alliance? Or will Yemen continue to be at the mercy of those who do not want Yemen to achieve independence?! 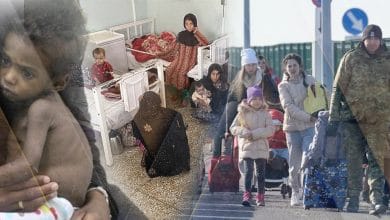