The Egyptian government under Sisi intersects with the French government under Macron in many foreign policy objectives, particularly those related to their positions towards the Libyan crisis. Both governments provided support to Libyan former General Khalifa Haftar in his endeavor to wrest power from the internationally recognized Government of National Accord (GNA) in Tripoli during the period from 2019 to 2020[1].

This support resulted in a set of disastrous results, most notably exacerbation of the civil war in the country after Haftar’s attempt to seize Tripoli by force, and the Turkish role in supporting the GNA that started in January 2020, which the Egyptian and French allies gathered to strongly oppose.

Among the strategic mistakes committed by Egypt and France in their initial approach to the Libyan crisis was their choice to support General Haftar, as the two sides believed that allying with the Libyan retired army general would help Egypt achieve its strategic goals and interests in Libya, which prompted Egypt and France to support the military solution at the expense of the political settlement, and to think such approach might be a way to end the civil war and restore stability in Libya.

Over the past years of the conflict in Libya, Egypt has provided all forms of military, logistical, intelligence and security support to Haftar’s camp in eastern Libya. Sisi also supported the military campaign launched by Haftar in April 2019 to take control of the Libyan capital, Tripoli.

However, the Libyan retired General has ultimately failed to achieve his military goals, prompting Cairo to start to look at its former ally as a heavy burden, and he even turned into a real obstacle that impedes any possibility of resolving the Libyan conflict. Most likely, Cairo’s abandonment of Haftar contributed to improving its relationship with the Government of National Accord, and thus ruling out the military solution in favor of the political solution[2].

France, like Cairo, sought to achieve its economic and security interests, and viewed the ambitious General Haftar as a likely key partner to ensure “stability” for Libya after the revolution, to confront “extremism”, and ultimately secure French economic interests, such as oil exploration and production.

France has also provided Haftar with military equipment and training, according to the French newspaper Le Monde. During Haftar’s campaign against Tripoli, which was launched in April 2019, French missiles were seen there operated by Haftar’s forces. Furthermore, many sources have revealed that armed men holding French passports had crossed the Libyan border to provide logistical support to Khalifa Haftar during his assault[3].

The more success achieved by Turkey standing by the Tripoli internationally recognized government since 2020, the more rigid the French position became, as French President Emmanuel Macron criticized Turkey for violating the United Nations resolution banning supply of weapons to the conflicting parties in Libya, although Paris at the same time failed to address the support provided by the UAE and Egypt for Haftar’s military operations, which highlights France’s double standard policy. Macron also supported the Egyptian peace initiative, which indicates that Paris stands with Egypt against Turkey[4].

However, the French role in Libya is not limited to the efforts to push Turkey away, as France also stood against the European Union’s condemnations of Haftar and against Italy’s support for the Government of National Accord, which highlights the French-Italian competitive roles over this thorny issue[5].

All this made the European Union a regional actor that is unable to activate political solutions in Libya, even before Haftar advanced towards Tripoli and before Turkey entered the war line.

France has also largely refrained from criticizing the Russian role, both because of its mutual support for Haftar and as a counterbalance to the Turkish role.

This highlights the French role in undermining the NATO efforts, despite its criticism of Turkey for doing the same. In May, Jens Stoltenberg, the Secretary General of NATO, indicated that he was ready to support the Government of National Accord[6], but France would not support any initiative that would legitimize the Turkish role in Libya.

It seems that both Cairo and Paris then started to be more convinced of the need to line up with each other and adopt the same positions regarding the Libyan issue. On the one hand, France wants to position itself among the competing countries on the Libyan “cake” under the guise of ensuring stability for the southern Mediterranean, with the least possible losses, while preventing other countries from presence in this oil-rich country, but this time with a decline in reliance on the military force and supporting Khalifa Haftar who did not achieve the French and Egyptian targets.

On the other hand, Cairo was trying to restore its role as a major addresser and actor in the Libyan crisis through relative rapprochement with the Tripoli government, and maintaining the war on “terrorism”.

Despite the official Egyptian-French diplomatic statements that show full support for the political process, the two parties, whether through individual initiatives or within the framework of axial or regional blocs, started to open up to all active forces and parties in the Libyan scene.

However, this change was based on their pursuit to ensure maintaining their influence in the Libyan scene in light of the growing effectiveness of the Turkish role, which has escalated in light of signing a series of memorandums of understanding between Libya and Turkey, notably a memorandum on security and military cooperation, and defining their exclusive economic zones, and most recently a memorandum of understanding in the area of energy, including exploration, production, transportation and trade of oil and natural gas.

But all these understandings were faced by an Egyptian-French objection, as the two parties alleged that all these Turkish-Libyan memorandums of understanding were illegal and constituted a threat to the stability of the region.

In light of the intersection of the Egyptian and French positions on many points in the Libyan issue, it is likely that even in the event of the failure of the political settlement in Libya as a result of Haftar’s adherence to the military option with the expansion of the scope of field operations and continuation of the Russian role through injection of more Wagner militias, in addition to the continued regional and international support, notably France and Russia, to the retired Libyan General, despite Haftar’s exclusion from the political settlement equation – the Egyptian regime’s position continues to be in harmony with the French position, with respect to provision of direct support to Khalifa Haftar and interfering militarily in Libya.

However, the reality is completely different, as France seeks to protect its economic interests from Libyan oil and gas, which are considered the best in the world; and boost its political and military role, through repositioning in the African continent, starting from Libya, especially after the decline of its African position after emergence of more important actors, such as China and Turkey, in addition to striving to establish more French military bases in many African countries bordering Libya. Meanwhile, the Egyptian regime seeks to protect his position from any possible shake-up in the event of the failure of Haftar’s project, which Cairo was betting on to resolve the conflict in Libya in its favor.

Despite the intersection at the level of tasks and roles, France and Egypt want Haftar to remain as part of the Libyan scene or a card to use when necessary and not to completely exclude him from the political scene, because any exit of Haftar from the scene may take the Libyan issue back to square one and return to the logic of continuing the conflict over the path of force and weapons, a war that both sides, especially Egypt, fear. Therefore, it is unlikely that France and Egypt will completely abandon Haftar’s card[7], in the absence of a clear vision in the Libyan political scene[8].

[3] For more details about the Libyan issue, see the following sources:

[6]  Federica Saini Fasanotti and Ben Fishman, How France and Italy’s Rivalry Is Hurting Libya And How the Palermo Conference Can Help, October 31, 2018, link 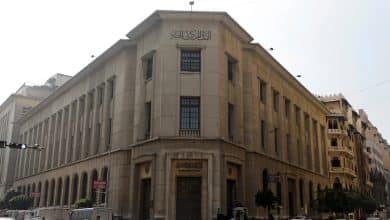 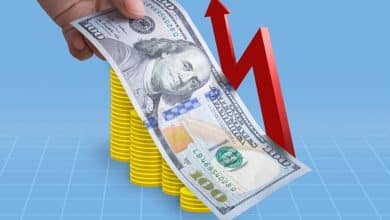 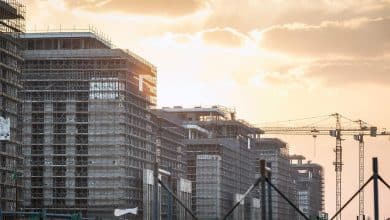