More than a year has passed since the anti-Bashir protests broke out in Sudan on 19 December 2018.  On 17 July 2019, an agreement was reached between the Forces of Freedom and Change (FFC) and the Transitional Military Council (TMC) on basic provisions for managing the three-year transitional phase; and in August 2019, a constitutional document was signed by the two parties.

Although this period (about a year) is not enough for those in power to develop a coherent foreign policy, however, it raises questions about its features and how far it is different from the general orientations of the pre-revolution regime’s foreign policy.

The foreign policy of the new Sudan goes in several directions, most prominently the efforts exerted by the new authority to change the image of Sudan under Omar al-Bashir, in attempt to remove Sudan from the list of state sponsors of terrorism, seek provision of necessary financial resources, bypass the sanctions imposed on Sudan, and attempt to change its alliances, both regionally and internationally; in addition to Sudan’s relations with neighboring countries:

1- Sudan and the Saudi-Emirati alliance in Yemen

This issue appears to be a point of dispute between the civilian component and the military component of the Sudanese transitional authority. However, there are reports about reducing the Sudanese forces participating in Yemen within the operations of the Saudi-led intervention there, known as the “Arab Coalition”, indicating success of the civilian component’s vision. The Sudanese forces in Yemen were reportedly reduced from 15,000 soldiers to only 5,000 soldiers, according to Maj. General Mohamed Hamdan Dagalo, generally referred to as Hemetti, member of the Sovereign Council, in a statement he released in October 2019.

2- Relations between Sudan and Egypt

Although the Egyptian Foreign Minister, Sameh Shoukry, was the first foreign official to visit Sudan after the new government was sworn in as Sudan’s first cabinet since the ouster of former president Omar al-Bashir, there are still thorny issues between the two countries, most notably the water file in which Sudan appears to adopt a position closer to the Ethiopian position, and Cairo’s demands of extraditing Muslim Brotherhood leaders living in Sudan and adopting a more hardline stance against Islamists.

Although Cairo was the second leg of the new Sudanese Prime Minister Abdalla Hamdok on 18 September 2018 after his visit to South Sudan, relations between the two parties seem strained. Less than a week after Hamdok‘s visit to Egypt, Egyptian-Sudanese relations witnessed a popular crisis after the Egyptian authorities arrested on 23 September a Sudanese student residing in Cairo, Walid Abdul Rahman, against the backdrop of the 20 September protests in Egypt, where Abdul Rahman was forced to confess under torture that he was involved in preparing for demonstrations and plans against the Egyptian State. However, the Sudanese Foreign Ministry, under pressure from the Sudanese street, summoned the Egyptian ambassador to Sudan and succeeded in convincing Cairo to release the Sudanese student on 4 October 2019.

3- Relations between Sudan and its neighbors

Under the leadership of Abiy Ahmed, Ethiopia has played a prominent role in curbing the Egyptian-Emirati-Saudi influence in Sudan through sponsoring the political agreement between the civilian and military parties and bringing their views closer.

On the other hand, reports of the British Guardian newspaper indicate the increasing numbers of Sudanese “mercenaries” fighting in Libya in support of Haftar militias against the UN-backed Government National Accord (GNA) in attempt from Haftar to control the Libyan capital, Tripoli. It is also noteworthy that the Sudanese mercenaries had played a prominent role in Haftar’s seizure of Libyan oil fields.

It seems that the military issue is still outside the control of the Sudanese transitional government, being under the direct control of Hemetti, member of the Sovereign Council, which could expose Sudan’s policy to severe domestic and international criticism of the Sudanese role in Libya.

Despite the intensive efforts of South Sudan and Ethiopia to foster dialogue between the Sovereign Council (SC), with its civilian and military components, and the Forces of Freedom and Change (FFC), as well as other Sudanese forces, for settlement of peace in Sudan, as a major item on the new government’s agenda in the first six months, it seems that the SC military component clearly dominates management of this file at the expense of civilians, including the FFC and the Foreign Ministry.

It is apparent that the biggest challenge for post-Bashir Sudan is to remove Sudan from the list of state sponsors of terrorism in which Sudan has been placed for more than a quarter of a century, where most movements of the new Prime Minister Abdalla Hamdok since he took office on 21 August 2019, come in this direction. During Hamdok’s attendance of the UN General Assembly meetings last September, this issue was on top of his agenda during his extensive meetings with heads of state, foreign ministers, and UN officials.

Accordingly, the Sudanese request seems to be gaining international attention and acceptance. During a special session on Sudan at the United Nations, Secretary-General of the International Organization Antonio Guterres and Chairperson of the African Union Commission Moussa Faki called for removal of Sudan from the list of state sponsors of terrorism.

There are indications for attempts to develop a new foreign policy for the post-Bashir Sudan based on a balance of Khartoum’s foreign relations.

It also seems that withdrawal of a large number of Sudanese forces from the ongoing war in Yemen is one of the most important features of this new policy, in addition to efforts to remove Sudan from the list of state sponsors of terrorism.

However, these signs are not sufficient: there is a need for conducting a broader discussion of the features of the foreign policy that the Sudanese people want, by addressing opportunities and possible circles of movement as well as regional supporters and rivals, with a need to restructure the Sudanese foreign ministry and its rival or partner institutions, with respect to the process of making and execution of foreign policy. 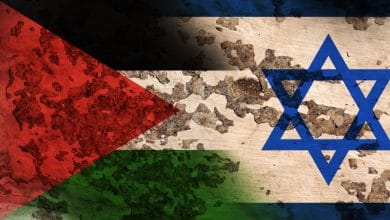 Recent Arab-Israeli Normalization.. Who Wins What?

Renaissance Dam Negotiations .. from A to Z