Why Egypt’s educational system is a failure

With the start of the new scholastic year in Egypt, the suffering of Egyptian families doubles, mainly from the high cost of living, low incomes, high rates of poverty and unemployment, the spread of diseases, and others.

Families still need large financial budgets to provide for their children’s private tuition, which has become inseparable from education despite it is legally criminalized, in addition to the high cost of school uniforms, set books, notebooks, school fees, transportation (school buses), pocket money, and others.

Although many families believe that these conditions alone are sufficient to make them turn their backs on the whole educational process, which was behind raising the dropout rates at the basic education stage, with the spread of the phenomenon of illiteracy of the educated, yet many have made the matter more complicated by believing that education is useless in the first place, because the ultimate fate of university graduates – despite the money, effort and suffering spent on them – is to compete with the uneducated in the handicraft market. They also believe that the value of education – against bribery, fahlawa[1], and bullying – does not rid a university graduate from not being abused in police stations, the State’s bureaucratic institutions, or even from being accused of ignorance.

There is a great belief among parents and even teachers themselves that the educational process in Egypt has been sabotaged and transformed into a levying economical process that takes care of everything but education.

There is a prevailing conviction among Egyptians that the decision to start the new scholastic year for basic education pupils in mid-October is only intended to speed up the collection of fees that have quadrupled compared with last year’s fees. Some believe that school attendance is likely to be suspended later due to the impact of the coronavirus pandemic, which is expected to worsen with the advent of winter.

It is noteworthy here that the Ministry of Education annually makes invaluable changes in school curricula, with the intention to prevent students from exchanging books and reusing them in the following year, prompting them to buy them from the ministry at prices that exceed the actual cost of these books.

Among the plans that the Ministry of Education has announced that it is studying the possibility of its implementation in this regard is to open electronic learning platforms in which students must join in return for a monthly fee to be paid for each discipline. In addition, the distance learning experience is likely to cost the poor families big money in the already expensive “internet packages”.

In fact, the experience of teaching in attendance in Egypt is also an example of a catastrophic failure.

After the student attends a boring 45-minute physics lesson, he quickly attends a chemistry lesson, then an algebra lesson, a geography lesson, an English language lesson, an Arabic language lesson, a history lesson, a geometry lesson, and a French lesson, and so on – where a school child attends school lessons from seven a.m. to around 3 p.m., for about eight hours interspersed with a rest for 45 minutes. After this tiring school day, students are required to do a great deal of daily homework and reviews that devour the rest of the day, which makes the issue of doing school homework to some students remains the task of private tuition. After that, the pupils go to bed without having any opportunity to take a breath, review, or comprehend their daily lessons. However, most pupils remain unable to read or write, neither in Arabic nor in any other language.

On the contrary, the international and foreign schools in Egypt do not put their students under such stress, because the curricula are less quantitatively and more summarized; and the number of daily or weekly lessons is much fewer, in addition to numerous advantages provided to pupils and students, including the right to choose the curricula that they can study for each stage.

However, the failure of Al-Azhar education is more widespread compared to the public education, especially as it is more intense, with respect to curricula and numbers of disciplines, in addition to being targeted with marginalization in coincidence with the war launched on the Islamic discourse.

Of course, it goes without saying that, according to official international data, Egypt came at the bottom of the list of world countries with respect to education quality, where almost all world nations preceded Egypt in ranking, before the nation finally failed to even come within the international classification of education quality.

Everyone knows that education has deteriorated in the “last seventy years” to an unprecedented level. For example, Egyptian/American scientist Farouk El-Baz confirmed in an interview with the Egyptian DMC TV channel that the quality of Egyptian education has significantly deteriorated over the last 50 or 60 years. Also, the simple Egyptians that have long lived to deal with today’s university graduates, realize that the culture of some of holders of the old “high school” certificate or the so-called baccalaureate holders is much deeper than the culture of many holders of PhD and other scientific degrees from private universities and institutes these days.

However, some argue that a scheme implemented by the State – not a company or association – must be carefully calculated in all its stages; and because this scheme is based on the use of internet, it is self-evident that the first thing to be calculated should be to ensure all students’ access to the internet before the scheme is launched.

The strange thing is that after the official celebrations of this new system, despite the failure that has been accompanying it, the majority of students, two years ago, performed their exams under the old system, amid an official tendency to turn a blind eye to the spread of the phenomenon of “cheating”, perhaps because of the State’s responsibility for implicating students into this dilemma.

Added to this failure, is the emergence of the phenomenon of Chao Ming Facebook pages, where excerpts of some of Egypt’s national high school exams are leaked, that some now believe it is a deliberate phenomenon intended for an unknown reason. People ask how such Facebook pages annually succeed in reaching the high school exam questions and posting them on the internet a few days before the official exam date, despite the fact that sovereign bodies undertake the task of exam printing and distribution in the utmost secrecy degree, and also despite the Ministry of Interior’s announcement for several times that admins of those Facebook pages were arrested, amid continuation of the phenomenon?

Last year, under the pressure of the coronavirus pandemic, online examinations and the so called “student researches” were applied, but the result was a scientific scandal that was completely far from science and education.

It is no secret that the Camp David Accords were aimed to inculcate the culture of surrender and subordination in Egyptian society, calling on Arabs to surrender to the Israeli scheme, normalizing with it, liquidating the Palestinian cause, replacing the “Arab Nation” with the “Middle East” that includes “Israel”, amid other calls for populism to confront the Arab Nation approach, remove the Quran jihad verses from education, media, and even in mosque sermons, and change their interpretations, in addition to sabotaging religious and Azhar education and distorting the image of historical religious and Islamic jihad symbols , and others.

[1] An Egyptian term usually used to refer to knowledge obtained via intuition, experience, and wit, not from formal education and methodical pursuits

[2] Sometimes Egyptian Minister of Education Tariq Shawky admits to the education scandal in Egypt after he used to beautify and praise the educational process, and at other times he demands the allocation of EGP11 billion to the ministry, otherwise he will “close it”, statements that cannot be issued without having a green light, in addition to the incidents of leaking high school certificate exams, which have been done regularly on an annual basis

Egypt: The patriotic song in the works of Sayed Darwish

The Egyptian Media that Morsi Had Sought 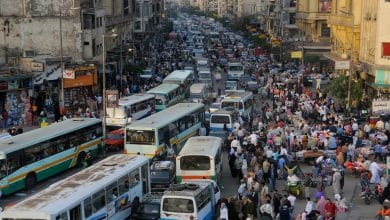 Roots of Tyranny and Despotism in Egypt

Shift in Middle East Interactions: the case of Egypt and Qatar