In 2014, Egypt started execution of a plan to remove subsidies on energy sources, targeting achievement of savings that assumingly would be directed to supporting the poor and marginalized classes, as a substitute of commodity subsidies, which many studies indicated that they used to go to undeserving persons.

The allocations for subsidies have witnessed a lot of changes during the period considered in this study.

It should be noted that the period during which the government began to lift energy subsidies, in coincidence with the devaluation of the Egyptian pound, was a difficult period for the poor, where inflation rates exceeded 30% in mid-2017; which means hiking prices and increased pressure on all society segments, particularly the poor and marginalized. Therefore, the government was supposed to increase subsidies in real terms, i.e. as a percentage of GDP, to support the society’s lower income classes; but this has not happened.

Subsidy savings, and how they were spent

The following table details the allocations for the ‘subsidies, grants and benefits’ item, and shows its ups and downs over the last three years.

Table (2) allocations for subsidies, grants and social benefits in the state budget during the period 2017/2018 – 2019/2020, and total savings in allocations for various items. (In LE million)

1- Figures in green refer to savings, and figures in yellow refer to deficits.

2- The table did not list all the allocations under the item (total subsidies, grants and social benefits) in the budget, but the excluded allocations represent only a small percentage, not exceeding 6% in any year.

(Source: The researcher’s work, based on the figures in the financial statement on the draft state budget for the fiscal year 2019/2020, p: 82.)

There have been significant changes in the provisions of the table items; for example, there have been savings in the item of ‘electricity and petroleum products’, estimated at LE 92.4 billion while allocations for subsidizing the ‘Basic Food Commodities’ increased by LE 8.5 billion. For a more in-depth analysis of the policies adopted by the government on subsidies, the following observations monitor some details about each individual item:

1- The subsidies for electricity and petroleum decreased by about LE 44.3 billion in the first year, then in the second year by LE 48.1 billion, which means that the total decline was LE 92.4 billion. Accordingly, the Egyptians have endured successive increases in the prices of electricity and petroleum products, which reflected in high inflation rates, especially in 2017.

2- Subsidy for the basic food commodities increased by LE 5.7 billion in the first year, and LE 2.8 billion in the second year, while subsidies of electricity and petroleum products decreased by LE 92.4 billion during the same period. Also, the inflation rate in 2018 was 21%, while it is expected to reach 13% in 2019. Therefore, the increase in allocations of basic food goods was supposed to be in line with the inflation rate, but this did not happen; and instead, the government reduced the number of beneficiaries of subsidized bread.

The following table shows the beneficiaries of subsidized bread and flour according to the figures of the financial statements for the budgets of 2017/18, 2018/19 and 2019/2020.

Table (3): Total allocations of the item of basic food commodities, number of beneficiaries of bread and flour subsidies, and number of bread loaves for each citizen during the period 2017/2018 – 2019/2020.

3- The allocations for the water, medicines and infant formula subsidies increased, due to the fact that it was a precondition for Egypt’s agreement with the IMF to obtain the $12b loan.

4- The ‘additional requirements and reserves’ appeared for the first time in the FY2018/2019 budget by LE 11.8 billion, and LE 32.2 billion in FY 2019/2020 budget. However, it is not known how these allocations will be spent, which opens doors for corruption.

5- The item of ‘subsidies, grants and social benefits’ during the last two years witnessed an increase of LE 1.68 billion, as shown in the following table:

It is clear from the above table that there are increases in the first four items. However, the paper argues that all of these increases are unjustified and indicate suspected corruption.

With regard to the Medical Treatment of Citizens at the Government’s Expense, allocations for this item amounted to LE 5,750 million in the budget of the FY2017/2018.These allocations increased in the FY2018/2019 to reach LE 7,434 million. The budget for the current FY2019/2020 was reduced to LE 6,622 million, which raises many questions.

It is undeniable that during that period, poverty rates increased in Egypt, and the expenditure of the poorest households on food consumed 48% of the total household income.

The allocations for the items of ‘other social benefits’ and ‘grants and assistance’ increased in the FY2017/2018 to LE 8.8 billion and reached LE 15.7 billion in the current fiscal year. However, it is not exactly known how these funds were spent.

The cuts on subsidies during the last three years coincided with high inflation rates, which has resulted in a significant decline in subsidy allocations as a percentage of GDP.

An analysis of the figures in the financial statements issued by the Ministry of Finance shows that the question of transparency still poses itself strongly, and that many of the increases are not justified and did not reflect any positive impact on citizens, while the savings that the government succeeded in achieving had a significant negative impact on the lives of Egyptians, such as the hiking prices of fuel and electricity which resulted in increasing the transport fees and commodity prices, as well as the high inflation rates. 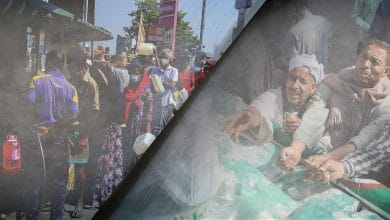 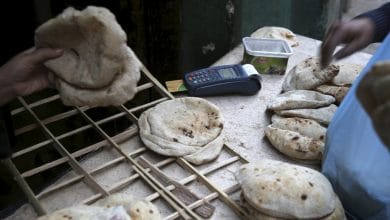 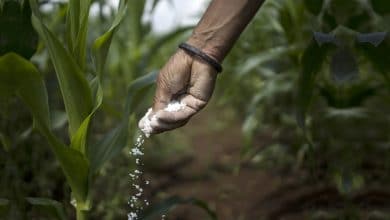